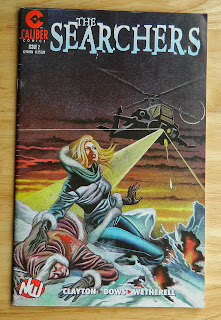 A lucky find the other weekend was Issue 2 of “The Searchers” (I do have them all as PDFs, but that just is not the same.), and it has been the Holy Grail Of SteamPunk Comic-books to collect(In My Opinion)as it was a short run of issues so long ago! 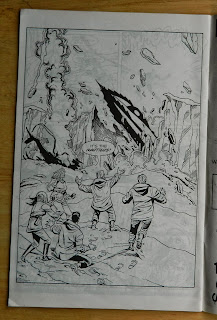 The 1996 comic-book that takes a mix of Victorian literary characters plucked from the very minds of the authors, H.G. Wells, Jules Verne, Sit Arthur Conan Doyle, H. Ryder Haggard and Edgar Rice Burroughs, which brought there imaginative creations to life, back in 1896. One hundred years later the real-life descendants of their greatest characters are thrown together...


[Note. A comic-book written by Alan Moore was printed 3 years later - "the league of extraordinary gentlemen"]

Revisit my findings in 2008
http://steam-trooper.blogspot.co.uk/2008/11/searchers-shape-of-things-to-come.html 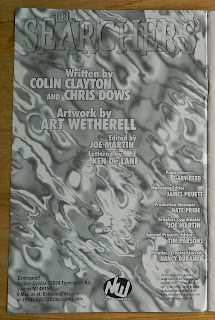 Posted by The Steam Brigadier at 05:41 No comments: